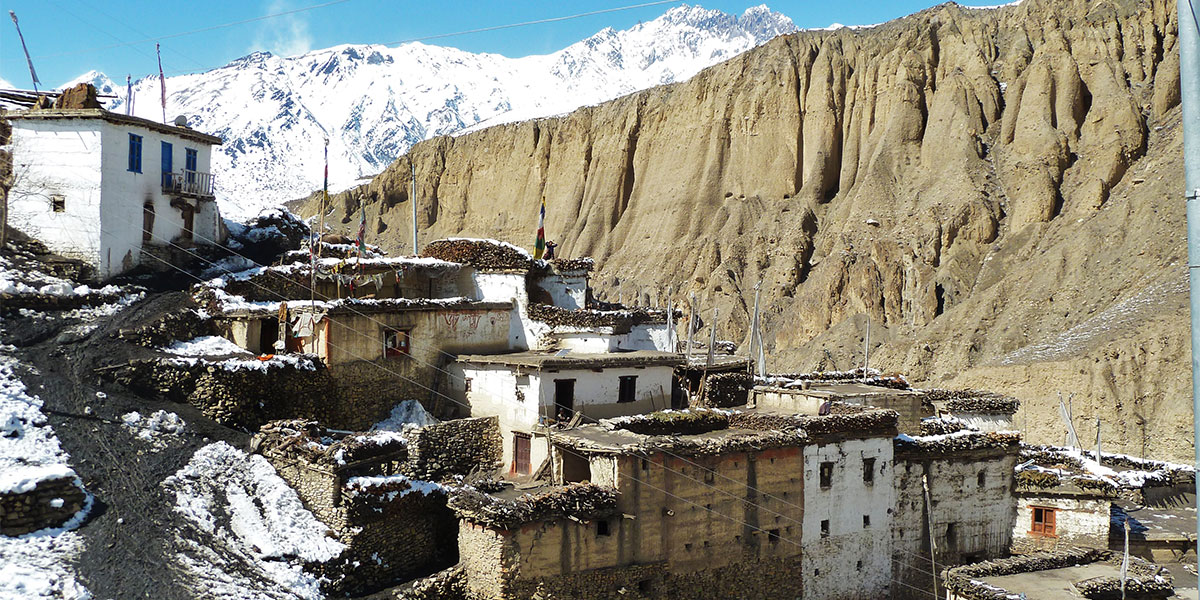 The village is about three hours walk directly from Ranipauwa avoiding Kagbeni - Eklebhatti route. It is about two hours walk from Jomsom along Panda Khola. Both routes remain closed from June to August because of flood in Panda Khola. Founded around 1200 A.D., this is the only village in Mustang, where Bon (pre-Buddhist) religion is still practiced. There is a Bonpo monastery named Lubra Gompa at centre of the village. It was founded by Lubragpa, a great scholar of Bon religion in the 11th century. It depicts idol of Walsa and other Bon deities and Buddha along with wallpaintings and fine woodwork.
Managed by